We weren't sure if we were ready for a dog, let alone a puppy. Its been almost one year since Buster Bunny died; however as promised we told the kids that once Buster got old and had to leave us we would consider a dog. Goodness knows we need one with the kind of backyard that we have. Having a dog would alert us of dangerous animals that would venture in the backyard. Our dog would protect from bad people. I can start my running program. Our dog would be another playmate for the kids. And many other pros for having a dog. The cons.....my carpets will never be the same. Shoes will become a play toy. Puppy sitters. Well, you get the picture.

So we discussed our options.... there was a puppy rescue up in Rochester, the SPCA, Tanners PAWS, Mowgli's breeder (who by the way was the BEST puppy ever!!). So the idea was there...collectively as a family. While pondering wonderful facebook, a friend of mine, Melissa Searfoss, who is a dog foster for Tanners PAWS started showing photos of her new foster, Honey. What a sweetie!!! I private messaged her a bunch of questions only to be told that Honey was being considered for adoption already. Poop... but she did inform me that Honey had siblings that were available. Good. Something to look into.... a few days go by and on May 12th Tanner's PAWS posted a status about one of Honey's sisters...

"Rousey is the only little girl out of the hound mixes that doesn't have a family coming to meet her...."

Oh my look at that face....I kept pronouncing Rousey as Rosey, and at that moment I named her, Rousey Rose; calling Rosey for short. I immediately filled out my adoption application. Made some contacts. And got approved for adopt Rousey Rose.

We set up a meet and greet with Rousey's foster, Katina for Saturday, May 14th at 5pm. The kids had no clue that a puppy was coming over to meet them. In the meantime, puppy shopping had to be done. Prepared a nursery for the puppy (well, sort of.... since Rosey's arrival we had to move things around about 3 times. For her convenience, for our sake of sanity! LOL. When Rosey arrived, the kids could totally surprised. "Is she for us???" "Only if she likes the both of you." Within the hour the adoption papers were filled out and Rousey Rose got a new home.

Rosey's story is quite sad, but with a fairytail ending. She along with her brothers and sisters, Vivian, Ranger, Folki, and Honey, were found as very young puppies (5-7 weeks old) along side the road in the ditch. They were picked up by animal control and were sheltered there until Tanner's PAWS picked them up on Mother's Day, May 8th. Malnourished, yet healthy, the pups were fostered immediately to await being adopted. Not sure of the breed, these puppies are very unique. Calm, great disposition, loves peeps and pups, obedient, and very cuddly. The initial claim is a Redbone hound / lab mix; other possibilities include the Vizsla, or even the Rhodesian Ridgeback (disqualified due to all pups not having the ridge). All pups looked identicial in trait and features. As a molecular geneticist by trade, I need to find out what kind of prize puppy we adopted. Testing to be done next week.

Two weeks with Rosey, and we are still potty training. She is learning all sorts of new commands, and is very responsive to training. Has had puppy playdates with Atlas - a Bermese Mountain puppy; Mowgli - a black lab; Heady - a golden lab; and Yoshi - a labradoodle puppy. Many more friends she will be meeting soon too.

She is growing and is now a big 21.2lbs!!! She loves to run (not very coordinated as all hounds, she needs to stop and sniff everything or even dart in front of me. almost a total wipe out on the road!) She gets to visit her doctor, Dr. Lisa Wilcox in a few days. A she starts puppy school in July!!! Of course a formal photo shoot had to be done. And I get to write this blog post because my kids are off from school and on puppy duty giving this new puppy mom a much awaited break!  woof.

Christmas at Meme's and Grampy's

A photo session captured and shared by me and my daughter.

It was extremely gorgeous last weekend up on the hill. So after I completed the last sessions of the season, Maddie and I ventured out to photograph each other. Here is one that was captured by Maddie; Artistically LOVED by me.

Posted by Denise Marie Olson at 10:06 AM 0 comments

Professional photographer Denise Marie Olson is a lifestyle & sports photographer based in Corning, New York of the Fingerlakes Region.
Denise photographs maternity, newborns, babies, children, families, high school seniors and sports throughout Southern Tier of New York and throughout the Fingerlakes Region. She is a photographic artist noted for taking images out of the ordinary. Her asset is in story-telling and creating timeless keepsakes that can be cherished forever. Whether it is for documenting children playing or a softball player hitting the ball with her freelance sports photography business , she'll be sure to capture that moment in time for you. Denise also travels to the Ohio Valley (West Virginia, Ohio & Pittsburgh, PA) and the Boston area quite frequently to photograph sporting events and casual photo shoots for children, families and seniors. Just arriving from the San Francisco Bay area, Denise currently photographs on location only. A small studio setting is available for headshots and childrens' styled sessions.
Maternity Photographer
Newborn Photographer
Infant and Baby Photographer
Childrens Photographer
Family Photographer
High School Senior Photographer
Sports Style Photographer
Commercial Photography (by discretion)

Denise Marie Olson can be reached by
email: denise@denisemarieolson.com
phone: 607.684.4786

View the September eNewsletter HERE. PROMOS will only be featured in the Newsletters!!! Sign up today. 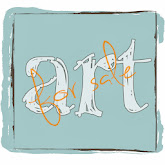 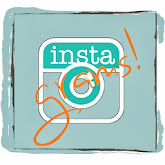 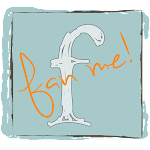 MY PLACE TO INSPIRE!! 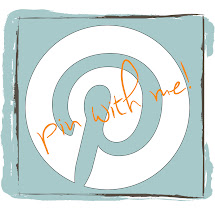 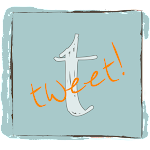 LINKED IN - MY BUSINESS SIDE 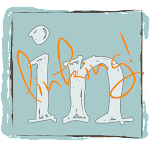